An incomplete frontend UI for interacting with Bunny83's SimpleJSONBinary library.

A Binary JSON file editor, powered by Bunny83’s SimpleJSON API. This project was abandoned in early to mid 2019, but I plan to revisit it. I don’t have screenshots of the tool itself to show off, unfortunately.

This was an internal tool I was developing to help me write custom save files, for testing features of my game Robotic Rogue, which has ceased development as well. 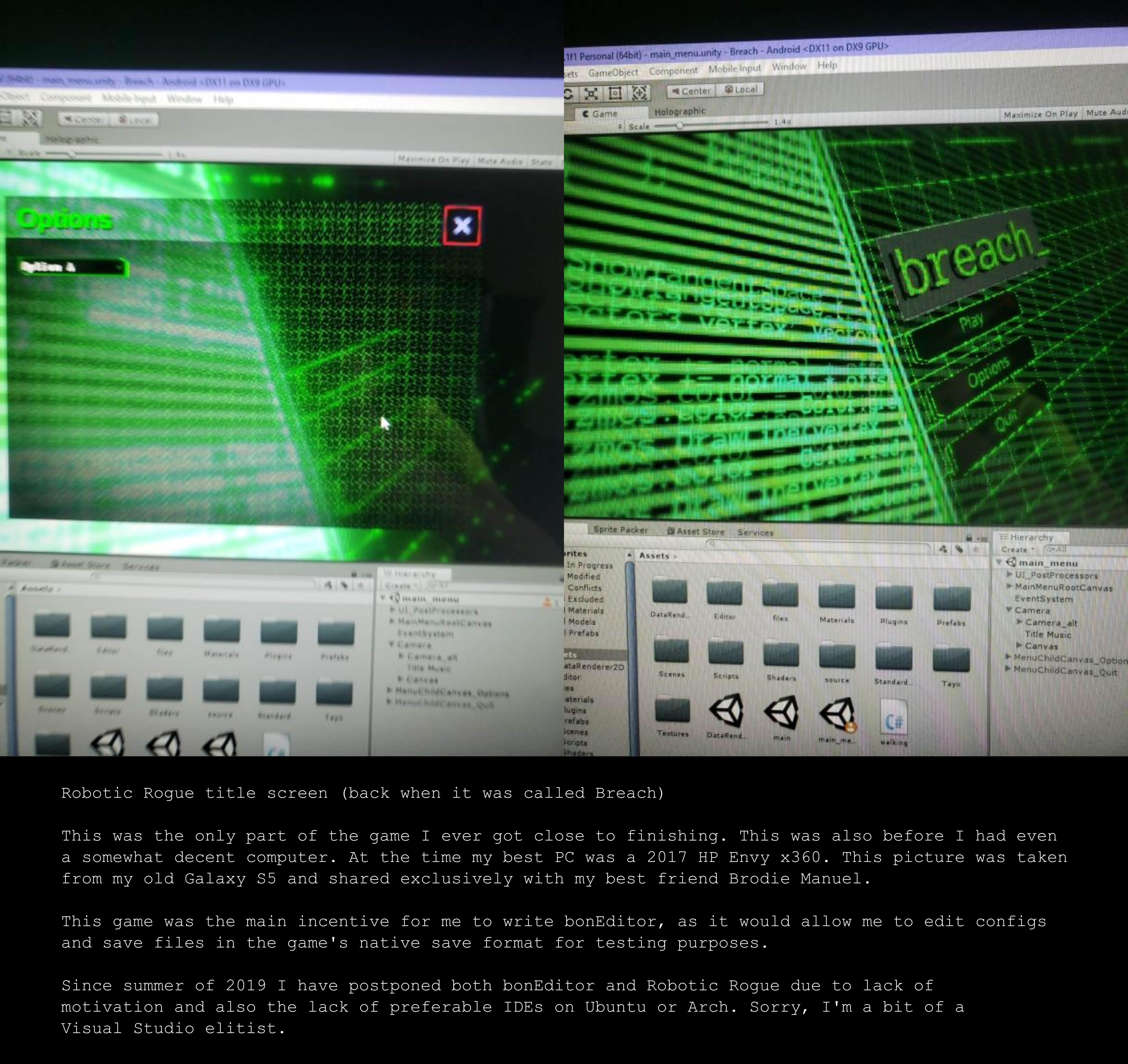 It uses Windows Forms to draw the window, but not WPF (hence no hardware acceleration or fancy stuff), and is written and compiled entirely in C#. You must use Visual Studio 2017.

I have since switched to Ubuntu and Arch Linux as my main choices for operating systems, as I found Windows no longer suitable, so considering the above circumstances, I can’t promise the code in this repo will be of any use to me unless I convert it to something closer to my liking. I also have more experience with WPF now, which I was using to write a launcher for the game, so I honestly don’t feel like using Windows Forms on it’s own would be something I’m interested in.

Anyway, no, this program is not functional. It starts and compiles last time I checked, but I got stuck mid development because the SimpleJSON library didn’t have any way to grab names of objects. You can stitch it together to make it work, though. That’s on you. Good luck lol.

These are videos from me working on Robotic Rogue, the work shown here does not at all represent my final vision for the project and is very primitive.